Today, before noon, His Eminence, Sayyid Sistani (may the Almighty prolong his life) received His Excellency the Iranian President Dr. Hassan Rouhani and the delegation accompanying him. 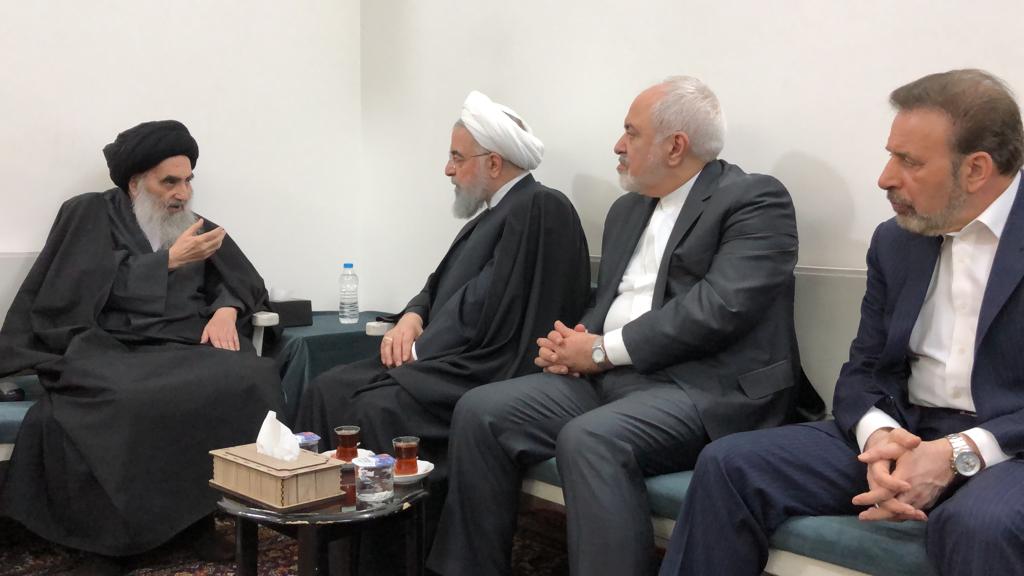 The President reported on his discussions with Iraqi officials and what was agreed upon in order to further develop the friendship and neighbourly relations between the two countries.
His Eminence, welcomed the steps to strengthen Iraq’s relations with neighbouring countries based on mutual interests, respect for sovereignty and non-interference in domesticaffairs.
His Eminence mentioned the crucial war which was fought by the Iraqi people to defeat Daesh (ISIS). He recalled the great sacrifices which were offered by the Iraqi heroes to achieve victory over the terrorist organisation and eliminate its threat from the whole region while recognising the role of friends in realising this victory.
His Eminence discussed the main challenges facing Iraq at this present stage, namely countering corruption, improving public services and ensuring that arms are exclusively under state control and its security agencies, expressing his wish that the Iraqi government makes acceptable progress to meet these challenges.
His Eminence emphasised the necessity for regional and international policies, in this volatile region, to be balanced and moderate to ensure the nations are protected from further catastrophes and destruction.